The use of low carbon emitting vehicles is increasing as people become aware of CO2 emission, its impact on global warming, and the depletion of fossil fuels used in conventional engines. Governments worldwide are trying to promote zero-emission vehicles, and are shifting toward a low-carbon economy. Transportation produces 30% of the total CO2 emissions, making vehicle manufacturers focus on research and development of automotive flex-fuel engines which are highly sustainable for the long run and flexible with any blend of ethanol. 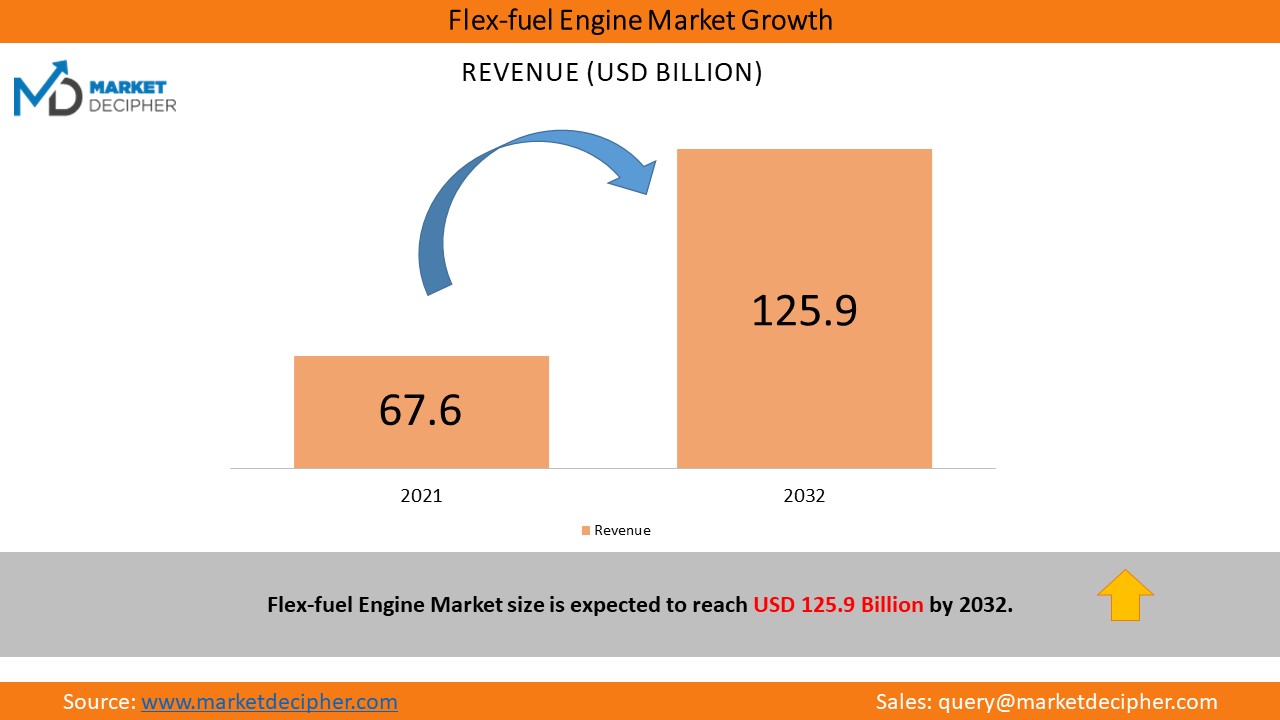 “Automotive flex-fuel engines are also known as dual-fuel engines. These engines have been structured in a manner to function on two dissimilar fuels within the same tank such as gasoline or diesel and there are no storage issues”. Flex fuel engines emit fewer carbon particles as compared to normal internal combustion engines owing to their high combustion of biofuels. Leading automotive companies such as Ford Motor Company, Toyota Motor Company, General Motors, and others have increased their efforts to develop and use flex-fuel engines for both commercial and passenger vehicles, offering a significant opportunity for growth for the flex-fuel engine market.

Driving Factors:
Exhausting natural deposits of petroleum, along with rising car emissions standards are driving the flex-fuel engine market. Call for minimizing reliance on natural sources of non-renewable energy and strict emission regulations set by governments are developing the market. Fossil fuels like coal and petroleum once depleted take millions of years to recover and this has been increasingly harming the environment and contributing to global warming.
Ethanol combustion is cleaner than regular gasoline as it emits less poisonous gas into the environment. Flex-fuel also produces lesser greenhouse gases making them more eco-friendly. Modern Flex-Fuel engines can run on any ratio of fuel mixture in the combustion chamber (that may contain 10% to 85% ethanol). Ethanol can be extricated from materials such as corn or sugar, modeling it as a more viable alternative to crude oil.

Restraining Factor:
The use of ethanol causes damage to the engine, as it has a higher affinity to water which corrodes and damages the engine. Ethanol has higher octane level but it holds less energy, as it takes 1.5 times more quantity than fuel to provide the same amount of energy making mileage the primary worry for Flex-fuel engines. Flex fuel can sustainably be produced using corn and sugar, but it has certain disadvantages. Yields intended to be used for flex-fuel manufacturing cannot be used for other applications which can perhaps increase the price of fodder for animals. Crops such as corn are also vulnerable and highly susceptible to infections due to weather conditions. This can be challenging for the production of ethanol, as it depends on the production of corn. The prices of ethanol may also be affected due to poor harvests.
The Covid-19 crisis slowed down the supply chain and created panic among the consumer which sequentially affected the flex-fuel engine market. The flex-fuel engine’s maintenance schedules convulsed, resulting in enormous losses for fleet owners and engine manufacturers.

Regional Analysis:
The North American region holds the largest market share, with the existence of nations like the United States, Canada, and Mexico. The rising demand for fuel-efficient vehicles, combined with high per capita income drives the market demand for flex-fuel engines in this region.
The Asia-Pacific region holds the second largest share and is the fastest growing region due to its increased demand for alternative fuel vehicles and the urgent need to improve air quality in countries like India and China. In India, the Ministry of Road Transport and Highways have set various deadlines for introducing ethanol-based fuel to reduce the amount of fossil fuel consumption in the country and reduce fuel cost. India produces 2% of the worldwide flex fuel and ethanol output is expected to increase from 70 to 150 million liters in the coming years resulting in increased demand and use of Flex-fuel engines. 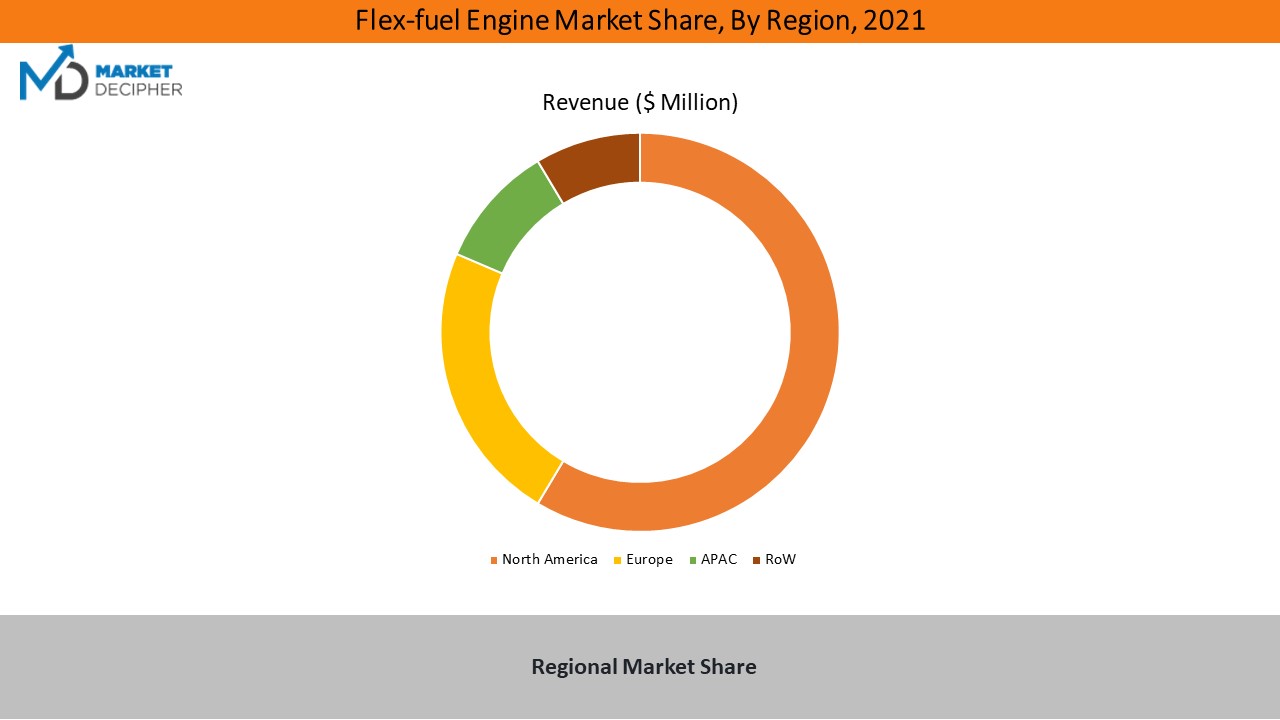 Types Of Flex-Fuel Engines
The Flex Fuel Engines Market is segmented by gasoline and diesel flex-fuel engines. As consumers preference for eco-friendly vehicles is rising, there is large-scale development in technology, and a high rate of adoption of Flex-fuel vehicles in developing regions, causing the gasoline flex-fuel engine sector’s dominance in the market. With increased research and development by manufacturers to raise the blend quantity for diesel and continuous acceptance of this technology in heavy-duty pickup vehicles, the diesel flex-fuel segment is experiencing stable growth in the market.

• Customization can be done in the existing research scope to cater to your specific requirements without any extra charges* (terms and conditions apply)
• Send us a query to get the Table of Contents and Research Scope along with the research scope and proposal.

Fill the sample request form OR reach out directly to David Correa at his email: - david@marketdecipher.com