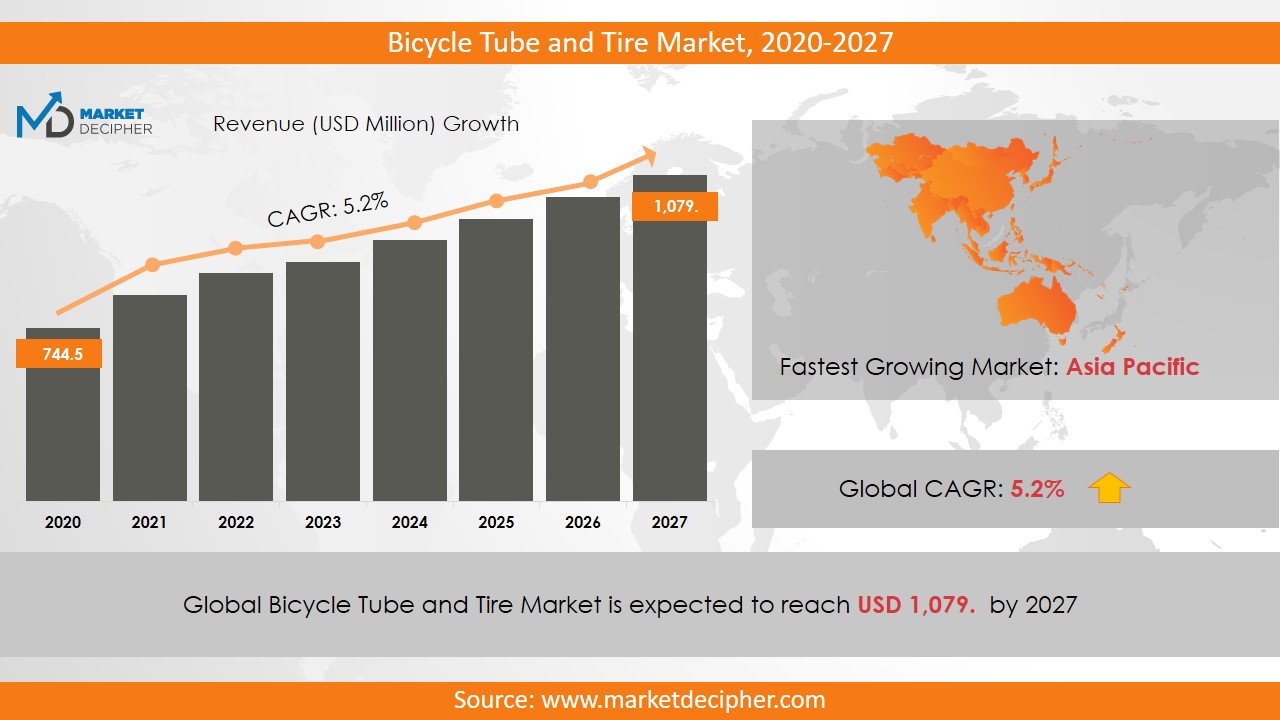 Introduction
A bicycle tube and tire are a necessity of the bicycle industry. The tire covers a rim and both of these have a tube inside. The air is filled in the tube and the tire runs the bicycle.
Analysis by Application
The bike is used basically for road traveling purpose which means it must have a specific tire and tube quality to support such use. The other uses are mountain bikes which must have a tough and strong tire. The third one is a sports bicycle and last is the carrier. The market is covered by 34% of the road bicycles, 29% by the sports bicycle, 25% by the mountain and only 12% by the carrier bikes. The carrier bicycles are only in use in developing countries. The tire is then made according to the type of the use of the bicycle and the size and type of rim.

Analysis by Growth and Trends

Tyres that are used in bicycles are designed for their application with inner tubes creating demand in the instant market. Being made of impermeable materials like elastic, synthetic, soft rubber to avoid air leakage they may be reused for other applications such as swimming and rafting. The inner tube industry across the globe depends on raw materials such as rubber suppliers as well as the buyers which primarily comprise automotive manufacturers, and the tube and tyre industry happen to be the largest application segment in the overall rubber industry, thus implying high demand and significant market growth. Large scale manufacturing of bicycle tyres and tubes which are environment-friendly, more economical, safer, and less noisy ensures sustained market growth for the same. The tyre and tube market for bicycles will certainly witness further growth in the coming year with the increase in the number of consumers of bicycles for purposes of adventure sports as well as physical fitness across the globe. These tyres and tubes are made in such a way that even if there is a puncture there would not be a flattening of the tyre instantly, which means to say that the rider can travel for some distance to a convenient location and get it repaired, because there are tubeless tyres as well. This is another factor effective in driving the market growth for bicycle tyres and tubes.

As end users are interested in buying replaced tyres of the same product that is originally sold in the case of bicycles, manufacturers of tyres and inner tubes have to decrease the prices and have to make the bicycle manufacturers select their product, which leads to increased negotiating power of buyers. This could limit the market growth to an extent. However, the demand far outweighs the limitations to the market growth.