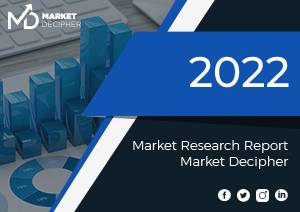 “The interactive whiteboards replace the traditional whiteboards in school and professional world. The growth of the interactive whiteboard market is primarily driven by the advanced features introduced by these whiteboards. Their use will continue to grow exponentially in the education sector because they allow the teacher to share screen, audio, text and video files with students in real-time. Increasing awareness about providing an enriched learning experience to students will further accelerate market growth.”

According to a recent report published by Market Decipher, titled, “Interactive Whiteboards Market Revenue, Sales Volume & Trend Forecast Report, 2019-2026" the global interactive whiteboards market was valued at $4 million in 2019, and is projected to reach $5.8 million by 2026, growing at a CAGR of 4.12% from 2019 to 2026.

The interactive whiteboards market has witnessed considerable growth over the last few years. The growth of the market in the education sector is mainly attributed to the growing importance of visual learning. The government of many countries has taken several initiatives to promote its use across the world. For example, both the Central and State government of India announced to launch interactive whiteboards in different government schools of the country in January 2018.

By form factor, the interactive whiteboards market is divided into portable and fixed. Of which, the fixed segment is expected to exceed a revenue of $1 billion by the end of forecast period. Fixed interactive whiteboards have a robust design and are easy to operate. These robots have the ability to work efficiently without upgrading the existing components. However, portable interactive whiteboards are fit for last-minute presentation. By application, education sector followed by corporate sector are dominating the market in terms of revenue since last few years. Prominent technologies used in these whiteboards are infrared, electromagnetic pen, capacitive, resistive membrane, and others. Further, by projection techniques, the market has been segmented as front and rear projection. Of which, rear projection technique is anticipated to register a notable growth at a CAGR of 9%  during the forecast period.

Europe has been leading the market since 2018 and is anticipated to garner the highest revenue during the forecast period. The emerging concept of blended learning in the education sector is responsible for significant market growth in Europe. Further, initiatives taken by the Asian government has encouraged the use of interactive whiteboards in the Asia Pacific. Additionally, the presence of industry players such as LG Display, Samsung, Panasonic Corporation, and Sharp Corporation play a vital role in raising the market's overall revenue.

View Report Get In Touch

Send us an Email